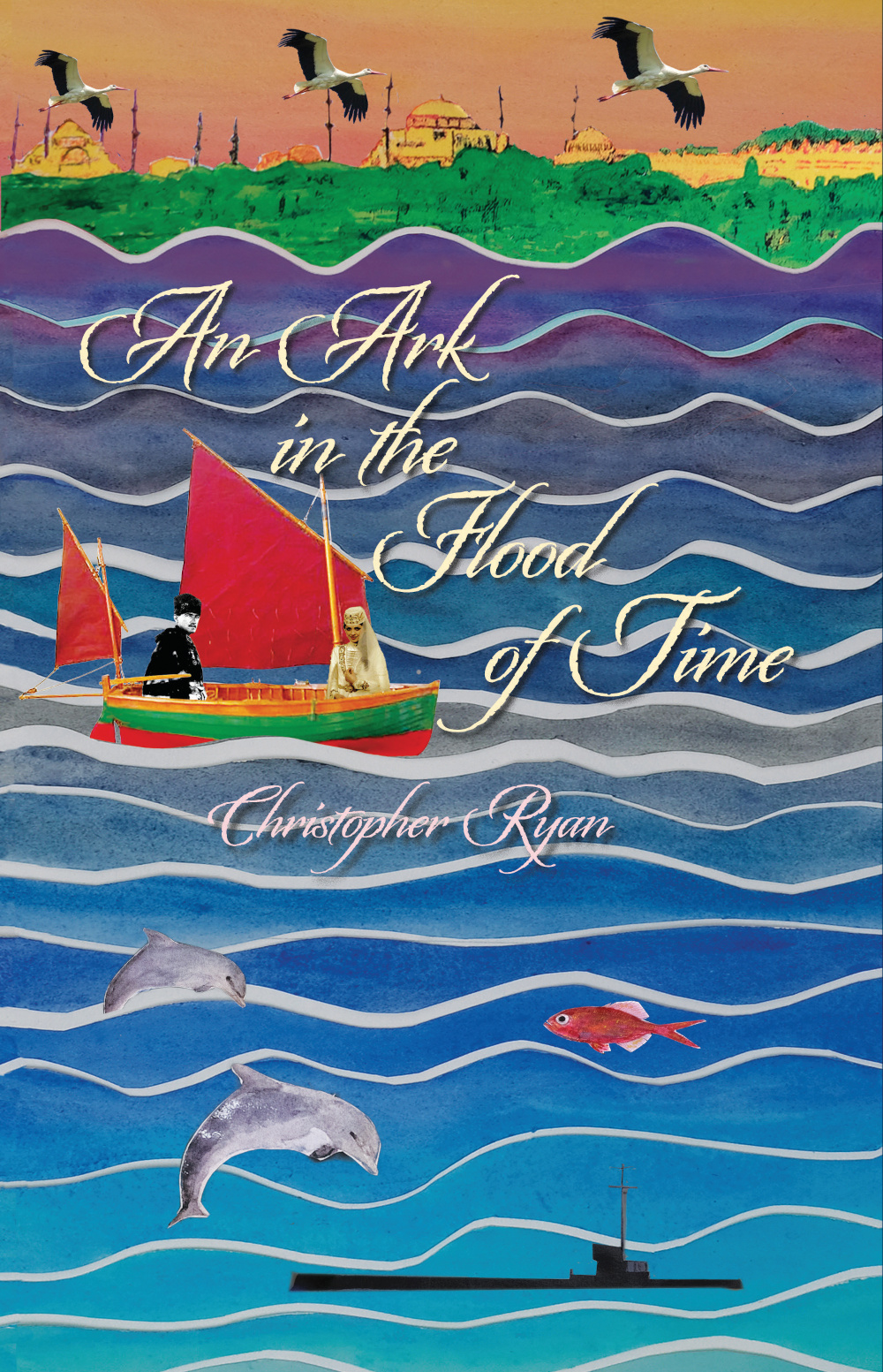 An Ark In The Flood Of Time -

Chronicling the Further Adventures of Satanaya the Circassian

An Ark in the Flood of Time is a historical romance set during the final years of the Ottoman Empire. A sequel to the earlier novel, Satanaya and the Houses of Mercy, it also completes a trilogy, which began with The Story of the Damascus Drum.

The year is 1911. Satanaya has now arrived in Constantinople after an extended stay among the Mevlevi dervishes in Konya.

Here she is taken in by an influential Egyptian Ottoman family. Soon she finds that her knowledge of food and skills in the kitchen come in very useful. While she takes on the running of a grand hotel restaurant, trouble is brewing among the Empire’s Balkan subjects; Italy has designs on Turkey’s North African domains, and while young Captain Mustafa sits out time impatiently in the Middle East, revolutionary political movements are afoot in his birthplace, Salonica. Coups, assassinations and wars signal the collapse of empires and the end of an era. The paths of Satanaya and Mustafa were always bound to cross, whether led by the scent of Satanaya's nourishing lentil soup, or through a chance meeting at a dance – there is no escaping what fate has in store. But while destiny has many threads, as stars weave their paths across the heavens, progressing and retrograde, its ultimate binding is the single cord of love. Yet, within the multitude of twists and turns there is no guarantee of union as we might imagine. While Satanaya strives for meaning in her personal journey, can she also find fulfilment in Mustafa’s uncompromising ambition for a modern Turkish state? As one reviewer wrote: “There is only one thing to hold onto when all else fails: the being, the existence, the one, God, love, beauty, whatever you call it, however it comes: by taste, intellect, a feeling or a movement of the heart – this is the human reality. You, Satanaya, be certain that it is your boat, your ark, in this flood of time”.

‘An astonishing achievement by a master wordsmith, a sensuous tale of love,honour and intrigue in the wake of collapsing empires leaving the reader enriched and wiser...
It is Ryan’s fictional creation – Satanaya’s father – who better names the period as ‘this flood of time’ (p.308). Sifting the flotsam from the jetsam and giving the time a coherence can have been no easy task, but it is one Ryan has not only achieved: he has succeeded in presenting it as a human drama. Albeit somewhat shorter, An Ark in the Flood of Time is War and Peace set a century later and a thousand miles further south.'
– Richard Gault,_ Beshara Magazine October 2021

‘Beautiful, feisty Satanaya the chef leads us by ancient mystical philosophy through the conflicts of the dying Ottomon Empire. Warmhearted...simmering... humorous... with passages of lyrical beauty in the darkest situations.’
– Elaine Henderson, Potter, B.A.Hons. GSA.